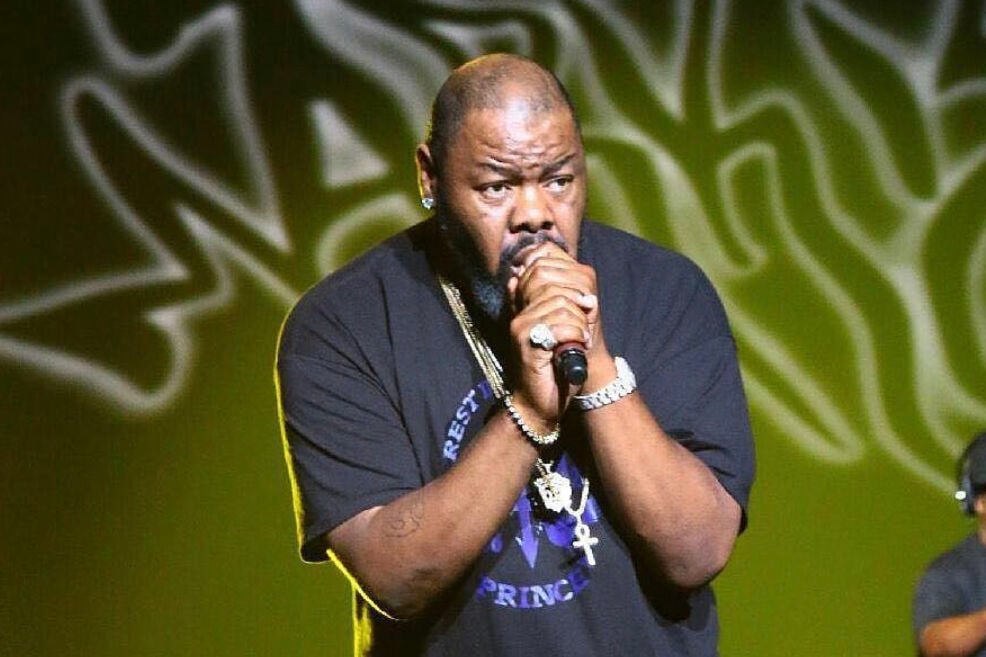 Biz Markie, a jovial spirit and prankster, died on Friday, July 16, 2021 at age 57. His manager Jenni Izumi confirmed his death in a statement to USA TODAY. 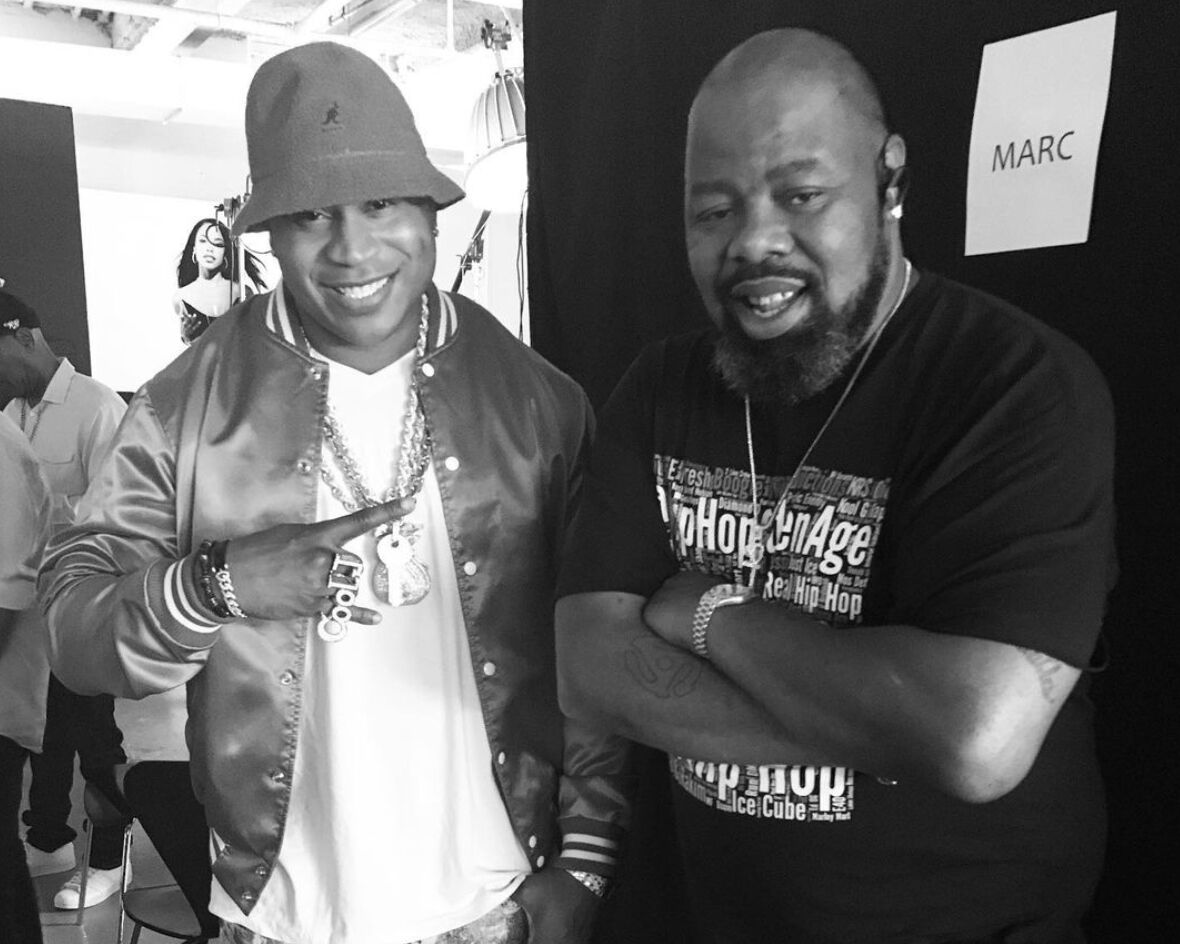 “Oh baby you, you got what I need, but you say he’s just a friend.”

Unphased by his vocal ability, Biz Markie confidently sang on the 1989 catchy tune, “Just A Friend,” to a lady who piques his interest, but seems to already have a current relationship.

That doesn’t bother him one bit though as he continues to express his admiration toward her throughout the song.

Today, the song is just as big, if not more popular, than it was more than 30 years ago. It has since been featured in numerous television commercials including Radio Shack, Heineken and Papa John’s.

It’s heard on television shows, in movies and on samples by other artists. It is probably most recognizable in Grammy-nominated singer Mario’s “Just A Friend.”

“The weirdest thing about my fame is that when I’m thinking that it’s almost over it just sparks back up,” Biz Markie told The Washington Post in a 2019 interview.

“I made “Just a Friend” in ’89. Some people’s records die. It sprouts up. Now it’s 30 years later and it’s sprouted up again in commercials. They’re not letting me die. The public, the fans, they like me around.”

It’s certainly a song that will forever be remembered and ingrained in our minds.

Markie, a jovial spirit and prankster, died on Friday, July 16, 2021 at age 57. His manager Jenni Izumi confirmed his death in a statement to USA TODAY.

"It is with profound sadness that we announce, this evening, with his wife Tara by his side, Hip Hop pioneer Biz Markie peacefully passed away. We are grateful for the many calls and prayers of support that we have received during this difficult time," read the statement.

"Biz created a legacy of artistry that will forever be celebrated by his industry peers and his beloved fans whose lives he was able to touch through music, spanning over 35 years. He leaves behind a wife, many family members and close friends who will miss his vibrant personality, constant jokes and frequent banter."

Markie, born Marcel Theo Hall on April 8, 1964 in Harlem, was raised in Long Island. He told Tim Westwood, British DJ and radio/tv personality, in a 1988 interview he got his name for being busy getting in trouble and because his name is Markie.

During his teenage years his love for hip-hop sparked after hearing tapes from the “L” Brothers. He became enamored with the artform. Not long after, he toyed with crafting his own rhymes and beatboxing.

He became a force as a DJ, human beatbox and rapper on New York’s local music scene. But the moment that truly defined and laid the foundation for what would become a decades-long career was when he joined the Juice Crew (Roxanne Shante, Big Daddy Kane, MC Shan, Marley Marl) as its beatbox.

He released his debut album “Goin’ Off,” in 1988 with the underground smash singles, “Vapors,” “Pickin’ Boogers,” and “Nobody Beats the Biz.”

His sophomore album, “The Biz Never Sleeps,” included the commercial hit, “Just A Friend,” which peaked at number nine and spent 22 consecutive weeks on the Billboard charts.

He released other bodies of work throughout the 1990’s, and his last album “Weekend Warrior,” was released in 2003. Although he stepped away from music, he still remained a household name through acting and cameos in TV shows and movies including “Men in Black II,” “Black-ish,” “Yo Gabba Gabba!” (where he taught kids how to beatbox), “In Living Color” and more.

Markie gained a lot of love, respect and admiration amongst industry peers, especially fellow hip-hop musicians. As one of the contributors to the “Golden Age” of hip-hop, he frequently collaborated with others of that era along with befriending many of them.

Mike D of legendary hip-hop trio, The Beastie Boyz paid tribute to his frequent collaborator and fallen friend via Facebook on Saturday, July 17.

“He didn’t miss a beat, human beatboxing and singing A cappella without amplification. He could not be stopped,” Mike D said. “Biz, we love you and we miss you and we are so grateful for everything we got to do together and make in the time we had.”

In a heartfelt tribute via Instagram, LL Cool J paid respects to his late friend.

"So many memories man...you was in the basement of my grandmother's house when I wrote 'Rock The Bells.' Used to always hang out back in the days we was running around Queens and Long Island."

Markie’s cause of death was undisclosed by Izumi, but he had been suffering from complications of Type 2 diabetes for several years.

Last July, he was hospitalized several weeks in Maryland for health issues related to his diabetes.

Earlier this month, he was admitted again, which led to many hoaxes of his death.

Welcome to the discussion.

Keep it Clean. Please avoid obscene, vulgar, lewd, racist or sexually-oriented language.
PLEASE TURN OFF YOUR CAPS LOCK.
Don't Threaten. Threats of harming another person will not be tolerated.
Be Truthful. Don't knowingly lie about anyone or anything.
Be Nice. No racism, sexism or any sort of -ism that is degrading to another person.
Be Proactive. Use the 'Report' link on each comment to let us know of abusive posts.
Share with Us. We'd love to hear eyewitness accounts, the history behind an article.

Dems would ‘rather lead a wrong doing life’

Love potentially in the air for Diddy, Joie Chavis

We're always interested in hearing about news in our community. Let us know what's going on!

In Loving Memory of Dorothy Richardson